Hey guys, what is up. We are now back with another new post that is related to coding. In this particular post, we will be talking about the what is a function in c programming?

The standard function is also known as the library function or built-in function. However, many applications require further functions according to their needs, those are known as user-defined functions. These functions are defined by the user in the code.

A function is familiar with many names such as a method or a sub-routine or a procedure, etc. Many languages permit you to make functions of some type. Functions are used to break down big programs into small named modules. So far, we have been using a function that is the main function. Functions are frequently used when the same block of statements has to be executed more than 1 time.

What is the need for a function in c programming?

It is the independent program section. It is put down to identify a specific task that is to be performed by the function. The initial statement of the function is known as function header and rest statements inside { } are called function body.

The common form of function definition is as follows –

It describes the type of value that the function has to return and that is to be passed to the function. It is defined in the beginning before the function is called.

Arguments are also known as actual parameters. These are written inside the parenthesis while calling a function in main body. If a function is using arguments, then it must declare variables that take the values of the arguments at the time of function declaration. These variables are known as formal parameters of the function.

Parameters are also known as formal parameters. These are written inside the parenthesis while defining a function. Functions can take unlimited parameters.

Types of a function call:

In this method of function calling the original value of arguments from the main body is copied into the formal parameters which are used in the function body.

In call by reference, a function copies the address of an argument from the main of the code into a formal parameter which is created at the time of function definition or declaration.

What is Recursion? How to find base case?

Hey guys, what is up. In this particular post, we will be talking about the what is recursion? Also, we will see some examples of recursive function. Updated on 1/10/2021 KEY POINTS1 What is recursion?2 Read more… 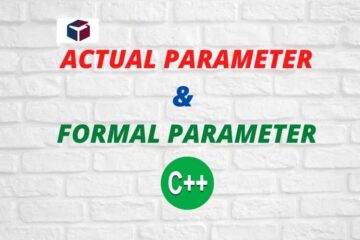 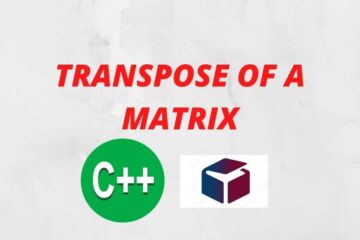 Transpose of the matrix (2-D) in c programming

Hey guys, what is up. In this particular post, we will be discussing some more operations that are performed in two-dimensional arrays. These are transpose of the matrix in c, the product of two matrices, and Read more…